An Incomplete List of What Sexual Consent Is Not

HEADS UP: This article frankly discusses the topic of rape. 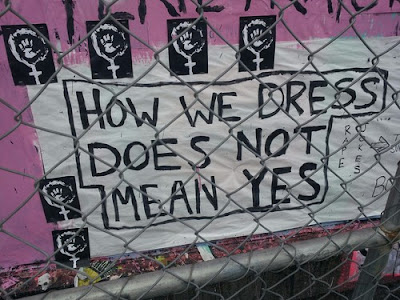 You'll notice that this article is an "incomplete" list -- because this is not the final word on what consent is not, and sometimes these things need to be handled on a case-by-case basis. Sexual consent is something that is enthusiastic; given freely without any pressure or fear. Consent is listening to your partner, taking note of their body language, and asking, "Is this okay? Do you like this?". And sexual contact without consent is rape. If you're unsure of whether a person is consenting or is able to consent, then stop.
Posted by Hannah M. Braswell at 10:51 PM